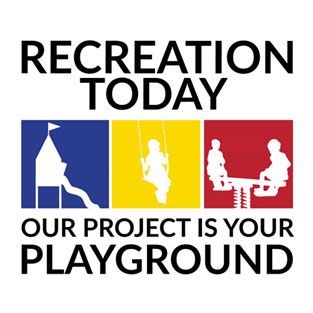 Recreation Today has an amazing team of experienced professionals with a common commitment to excellence. Our team members work hard to ensure total customer satisfaction. It is our pleasure to work with you until your recreational project is completed to perfection. Call us any time to find out more about Recreation Today!

How Commercial Playground Equipment Can Save Children From Modern Gadgets?

Kids and technology is not an uncommon sight anymore. A baby with a smartphone in her mouth or a little child holding a tablet, nothing surprises us anymore. Although, these electronic gadgets can serve children in an educational and engaging way, however, as time passes, kids get overly addicted to these devices. This is a dangerous concern that most parents share.

One reason as to why the attraction towards electronic gadgets in children is so high, is mainly due to the absence of significant and engaging outdoor play. This is where Recreation Today comes in. We provide excellent School playground equipment, that will not only engage children, but also build and hone several mental and physical qualities in them.

Evidently, a study from Common Sense Media uncovered the outstanding increment of kids utilizing devices, for example, cell phones and tablets have expanded in only two years. From 38% in 2011, the half-yearly review uncovered that youngsters utilizing cell phones went up to 72% in 2013. Directed on American parents themselves, the overview further demonstrated the expansion of little children’s gadget exposure from 10% to 38%. With this, the American Academy of Pediatrics discouraged the tech use for kids, that are under the age of two as that it changes the idea & nature of childhood of youth.

The aforementioned numbers of children using electronic gadgets have only increased over the years. These statistics are a clear example of how our youngsters are addicted to their smartphones, tablets or other devices of the sort.

The solution as indicated before can be the use of preschool playground equipment, that can be incorporated in schools, playgrounds or any kind of institutions where you can take your children to play outside.

With that in mind, here are two dangerous effects that overexposure to gadgets and not playing outdoors can have on your children.

This is a huge problem that has been troubling the United States for a very long time. And, after the increased introduction of electronic gadgets in children, these numbers have only gone upwards.

Kids who spend most of their day playing in front of screens instead of outside in the play areas do not consume the calories they are eating on a daily basis. One out of three American kids is obese, which may prompt inconveniences, for example, diabetes, heart attack, stroke and many other diseases. This is why parents must urge their children to play outdoors. They should comprehend that there are numerous advantages of playing including having their kids walk, run, bounce and get the activity they need, and it will allow youngsters to get fit and avoid obesity.

We offer Minimo Series that has a variety of playground equipment, which is best for those playgrounds that don’t offer much space.

Interested in saving your child from overexposure of electronic gadgets? Worried that your children are spending way too much time indoors? Then wait no more, Contact Recreation Today and purchase economical and high-quality equipment, which is a certain way to attract your child into playing outdoors, which will allow him to improve his mental and physical health drastically.

No products in the cart.